One in a Million

Tony Kemp is a Multiplying Good One in a Million Award recipient. He’s among the millions of people who are putting others first and using service as a solution to the problems we're facing. Read his story below then nominate someone who's making a difference during this unprecedented time! 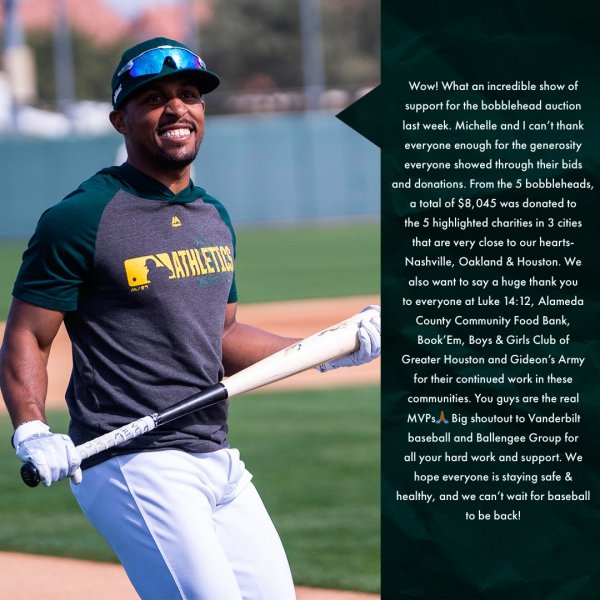 One in a Million Award recipient: Tony Kemp

How he’s multiplying good: He is One in a Million. Tony Kemp joined the Oakland A’s at the end of last season. Throughout his baseball career, in every city, he made a way to give back. On March 12 spring training was canceled due to COVID-19, but he didn’t allow that to stop him from supporting the community. He spent much of May hosting online auctions featuring autographed bobbleheads from his alma mater, Vanderbilt. He then matched those funds, raising more than $5900. After the death of George Floyd, he used his social media to talk with people needing to talk about the nationwide protests and wanting to learn more about the Black Lives Matter movement. This led to him creating the +1 EFFECT campaign. His goal is to make a difference by having honest and sometimes difficult conversations about race with one person, and that person doing the same, in order to help change the world. Partnering with a shirt design company, Tony is selling t-shirts which proceeds benefit Campaign Zero, an organization whose goal is decreasing police violence.