One in a Million

Sophia Baltasar is a Multiplying Good One in a Million Award recipient. She’s among the millions of people who are putting others first and using service as a solution to the problems we're facing. Read her story below then nominate someone who's making a difference during this unprecedented time! 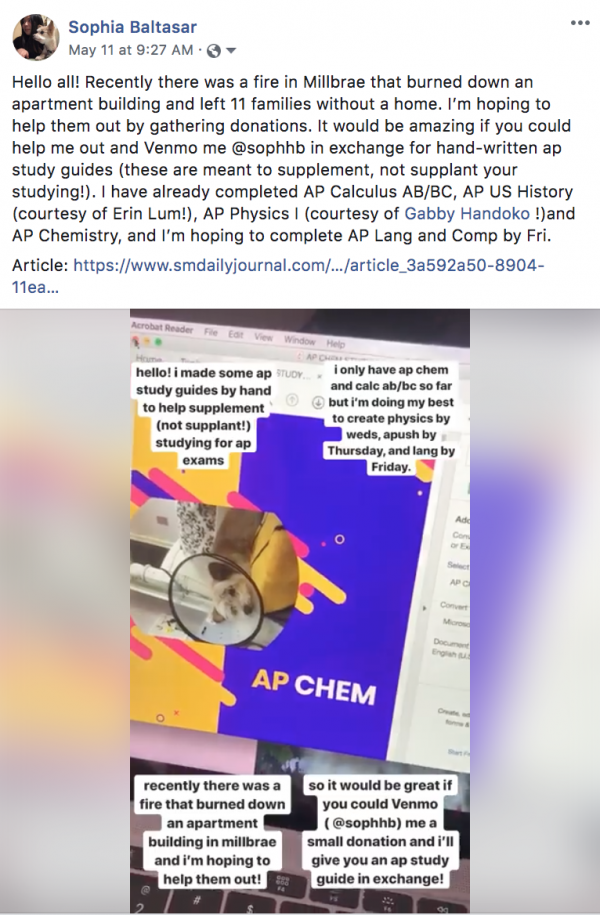 One in a Million Award recipient: Sophia Baltasar

How she’s multiplying good: She is One in a Million. Sophia created study guides to help other students study for AP exams. In exchange for donations, she used all of the money to support families who were affected by a recent fire that deemed an apartment "unlivable" in her city.